Major cruise lines have cancelled port calls and initiated new health measures amidst growing fears over the rapid spread of the coronavirus.

Princess has switched Sapphire Princess port calls from Shanghai to Japan, and is planning changes to itineraries of the Sun Princess.

In Italy, the over 6,000 passengers, including 27 Australians and crew of the Costa Smeralda were released after being held while tests were carried out on a 54-year-old woman from Macau, China. In the end, the woman was diagnosed to have flu, and passengers were released.

Footage obtained by CBS News showed panicked passengers onboard the ship, trying to get off. 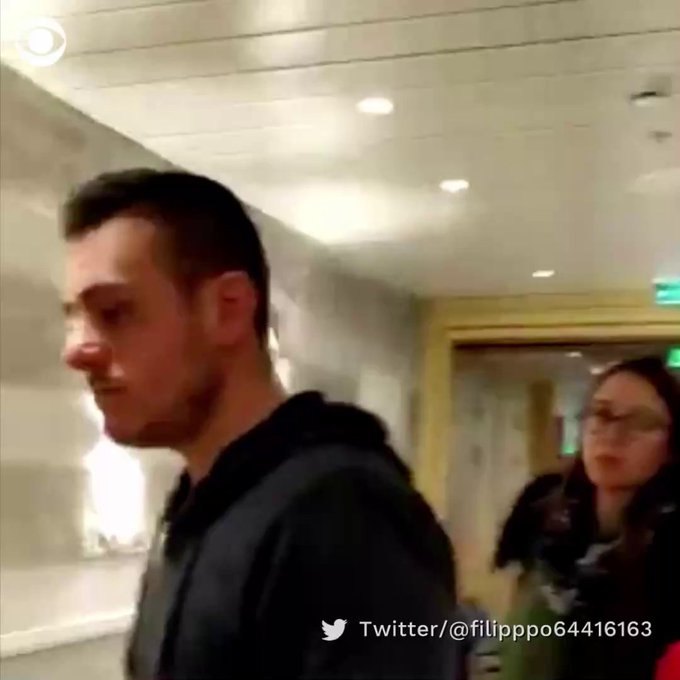 In the Philippines, local protestors fearing the virus forced the cancellation of the World Dream sailing out of Hong Kong.

The World Health Organisation has declared the coronavirus outbreak a global emergency – defined as an “extraordinary event” that constitutes a risk to other countries and requires a co-ordinated international response.

“Our greatest concern is the potential for the virus to spread to countries with weaker health systems, and which are ill-prepared to deal with it,” WHO said today.

To date, 8248 cases have been reported – nine in Australia – and 170 people have died in China. Eighteen other countries have reported confirmed infections.

Holland America Line yesterday became the latest line to make itinerary changes, diverting Westerdam from Shanghai to Yokohama, Japan on February 1. Westerdam’s scheduled call in Shanghai on February 15 has also been cancelled with passengers disembarking in Yokohama instead.

Cunard has also cancelled Queen Mary 2 visit to Hong Kong, diverting her to Singapore instead on February 18/19.

“We are currently looking at the impact of travel restrictions due to coronavirus and our imminent ports of call in China and Hong Kong for Queen Mary 2 and Queen Elizabeth world voyages.

“We have made the decision to cancel QM2 call to Hong Kong on February 18/19 and replace it with Singapore on the same dates.”

Luxury line Regent Seven Seas, which will host the inaugural launch of the new RSS Splendor in Rome on February 3, has also advised guests that they will not be allowed to board the ship if they had visited Mainland China in the past 30 days.

“All those boarding the ship will be required to sign a health declaration and any crew or passengers whose passports indicates that they have been to Mainland China in the past 30 days or since December 30, 2019 will not be permitted to board,” said a RSSC spokesperson.

Seabourn has cancelled a Seabourn Ovation call at Xiamen in China scheduled for February 3 and will now include a visit to Sandakan in Malaysia instead.

Thailand has reported 14 confirmed cases, Hong Kong eight, Australia and Japan seven each, the US, Taiwan and Macau five each, Singapore, South Korea, France and Malaysia four each, Canada three, Vietnam two and Cambodia, Germany and Nepal one each. There have been no deaths outside China said NY Times.

The Australian Health Protection Principal Committee urged those who have recently returned from Wuhan in Hubei province, where the virus was first spotted, to isolate themselves in their home for 14 days.

Smartraveller has also updated its advice for the whole of China to “reconsider your need to travel.”

Cruise lines operating in Shanghai have suspended operations, offering refunds or rescheduling, due to the outbreak.

Royal Caribbean’s Spectrum of the Seas, Costa Atlantica, Costa Venezia, and MSC Splendida have cancelled their departures from the International Cruise Terminal in Baoshan District.

“The decision was made to fully coordinate with disease prevention and ensure the health and safety of passengers and crews,” Royal Caribbean said.

Costa Cruises has suspended all operations from China until February 4. Operations at other major Chinese ports have also been halted.

Cruise Lines International Association (CLIA) said that cruise lines are in the better position to minimise the risk of coronavirus infection because of their stringent health procedures.

“Cruise lines take precautions to screen passengers for illness prior to boarding and all ships are fitted with medical facilities and onboard medical personnel 24/7 to treat passengers swiftly in the event of illness and prevent further transmission.

“CLIA cruise lines maintain close contact with health professionals and regulators around the world and are one of the most well-equipped and experienced industries when it comes to managing and monitoring health conditions.”

Norwegian Cruise Line has introduced “non-touch temperature screenings for all passengers embarking from Chinese ports. Guest who register a body temperature screening of 100.4 degrees Fahrenheit or 38 degrees Celsius or higher will not be allowed to board and will be directed to seek local medical treatment. In addition, guests travelling from Wuhan, China or who have been in the city in the last 30 days will be denied boarding,” said a NCL spokesperson.

Royal Caribbean Cruises Asia Pacific will not permit passengers who visited Wuhan including those who are from the region to board their ships.

“We are closely monitoring regional developments and coordinating with health authorities to assess and enhance our safety protocols. As a precaution, guest who travelled through or are from the Wuhan region will not be permitted to board our ships.

“All other guests embarking in China will receive enhanced, secondary health screenings before embarkation. Additionally, we are increasing medical staff, providing medical consultations for our guests and consulting special, onboard sanitizations to ensure the health of our guests and crew during their voyage,” said a RCC spokesperson.

Princess Cruises in Asia has initiated new measures, according to a bulletin to travel agents, including starting and ending cruises in Japan. According to the bulletin:

The line has also made changes to the Sapphire Princess itineraries:

Voyage H013 will now arrive in Tokyo, Japan (Yokohama) instead of Shanghai on May 2

Voyage H014 will now depart from Tokyo, Japan (Yokohama) instead of Shanghai on May 2

Voyage H015 will now arrive in Tokyo, Japan (Yokohama) instead of Shanghai on June 3

Princess is also planning to remove the transit calls to Shanghai on May 1 and July 17 on Sun Princess, replacing them with Japan ports of calls.

Crystal Cruises said: “The company is closely monitoring developments related to the coronavirus, including recommendations from the World Health Organization, whose latest update (issued January 24) continues to advise against the application of any restrictions on international travel as a result of the illness.

“In an abundance of caution and as preventive measures, Crystal has updated its pre-boarding public health questionnaire to include questions concerning the coronavirus as well as screening guests at the pier before they board for body temperatures of 100.4 degrees Fahrenheit or higher and/or showing signs of respiratory issues.
“If guests are determined unwell to travel, they will receive a full refund of their cruise fare, if they do not have insurance. Additionally, the line will deny boarding of any person who has traveled to Hubei Province or Wuhan, China in the 14 days prior to embarkation. The company has also canceled non-essential day visits to its ships when they are in port.”

There have been hundreds of confirmed cases of the virus since the outbreak according to the National Health Commission. The virus originated in the central city of Wuhan in Hubei province and has spread to other major Chinese cities including Beijing and Shanghai.

Authorities in Australia, the UK, US, Singapore, Hong Kong, Taiwan and Japan have stepped up screening of air travellers from Wuhan.

Meanwhile, more airlines are cancelling flights to China with British Airways halting all flights to the country and American Airlines suspending flights between Los Angeles and two cities, Shanghai and Beijing.

Qantas CEO Alan Joyce said the airline is better equipped to deal with the pandemics now than it was during the SARS outbreak in 2003 which had more than 5327 confirmed cases.

On The Go tours has cancelled all China tours until 25 March and confirmed it will offer full refunds. Wendy Wu Tours has been in contact with customers to rearrange travel options for China.